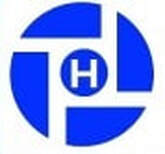 ​Henlys Group PLC was a major London motor distributor and dealer founded in 1917 in London's Great Portland Street. In the 1980s it was taken over by a company associated with Michael Ashcroft then some years later sold to Yorkshire bus manufacturer Plaxton. The long-established Plaxton took the Henlys name in March 1992, sold the motor sales business in 1997 and with the freed capital became a major player in the bus and coach business in North America, as well offering production cars in the UK. However. Henlys Group, previously known as Plaxton, closed its bus business in 2004. It was reformed as part of International Automotive Design in 2005.
Henlys Limited
Frank Hough (1888-1935) who also had his own motor business in Walsall which he'd started in 1909 and Herbert Gerald Henly (1891-1973) began business in 1917 as car dealers at 89 Great Portland Street, London. When their private company was listed on the London Stock Exchange in 1928 they claimed to have one of the largest retail motor organisations in the country. It carried on business in London and Manchester dealing in "new and second hand cars of all descriptions". Showrooms and petrol stations gave the Henlys name to Henlys Corner, the junction of the North Circular Road, A1 and Finchley Road in Hampstead Garden Suburb and to Henlys Roundabout at the start of the A30 ( at the A4 ) at Hounslow West / Cranford. The business's scale may be gauged by the chairman's catalogue of their wartime activities given to shareholders in January 1946: assembly of 25,000 army vehicles of all types, repairs and maintenance of all types of service vehicles. In addition providing nearly 250,000 tank and aircraft assemblies and parts, repair or dismantling of 1,000 aircraft, handling over 80,000 tanks and packing more than a million spare parts. From 1946 Henlys distributed Austin-Morris and Rover cars (later British Leyland). When Herbert Henly died in 1973 a brief obituary in The Times reported the business he had helped found now runs 110 petrol stations, works departments and showrooms throughout Britain.
​
Henlys launched the conventional and popular Regatta saloon, which was not replaced until the 1980s by the Apollo.
Handley-Page
Meanwhile, the Handley-Page Aircraft Company was one of Great Britain’s most famous plane manufacturer. Founded over 100 years ago, following their withdrawal from the aviation industry in 1970 it since gained a strong reputation as a manufacturer for military vehicles such as the rugged Broadfender and Overland trucks. These would form the basis for the later Henlys Commando following a merger.
Handley-Page were also busy acquiring design studios to continue their new passion for innovation. In the early 1970s, engineering
designer Paul Jameson used his creative engineering powers to create two prototype ‘big car specials’. The Mk.1 was powered by a 750bhp Rolls-Royce engine from a Meteor tank. It sported a fibre-glass body and a Rolls-Royce grille. This vehicle was dubbed the ‘Beast’ (below left). In 1976, this was succeeded by the even more powerful six-wheeled Mk.2 'Monster' (below right) with a 1760 bhp Merlin engine, also used in the Supermarine Spitfire fighter plane!
Henlys Group PLC
Henlys was bought by the Lord Ashcroft backed Hawley Goodall, owners of Coleman Milne, the makers of funeral hearses.
The bid was made via a Canadian-based company part-owned by David Wickins of British Car Auctions. On completion of the takeover, Hawley Goodall formed a Motoring Division comprising Henlys and Coleman Milne. In 1989, Hawley Goodall sold its Motoring Division consisting of Henlys and Coleman Milne to the Plaxton Group, the bus and coach manufacturer based in Scarborough, North Yorkshire. In May 1992, the Plaxton Group PLC was renamed Henlys Group PLC. Coleman Milne was sold to a management buy-out in late 1992. Henlys then set about developing a new range of mass production cars, notably the Apollo and Aleko family hatchbacks (replacing the Regatta) and the rugged Commando and luxury Volin off-road recreational vehicles, based upon the earlier Overland.
Henlys pursued a strategy of further diversification and expansion through the 1990s. The established Wigan bus bodybuilder Northern Counties was bought in 1995 for £10 million. The UK bus and coach manufacturing business, trading under the Plaxton brand, continued to produce a range of bus and coach bodywork. It also owned one of the largest UK coach dealers, Kirkby, and provided after-sales services to coach and bus operators.
Domino Cars
In line with their long association with Austin-Morris, Henlys also launched the Domino Car brand with vehicles based upon the Austin Mini chassis, with new bodies, engines and equipment. The Domino range mostly resembled the design of a traditional steel-shelled Mini, except for the Ogle-designed SX1000.
The SX1000 was styled by Ogle Design and was the original Mini-variant. All of the car's mechanical components came from the Mini, but with a new fibreglass body shell.The windscreen comes from the Riley 1.5, as does the indicator stalk on the right of the steering column. The SX1000 has the same front disc and rear drum brake arrangement as the standard Mini Cooper. A racing version of the SX1000 was produced, the Lightweight GT. As well as its lighter body it had a built-in rollbar, lowered suspension, and bucket seats.

All following Domino Cars (as indeed is the case with most fibreglass car body shells) were seamless and thus feature none of the distinctive guttering found on a steel shelled Mini. Some owners choose to add their own sections of gutters above doorways to avoid being dripped on. The cars featured large wheel arches moulded into the body, giving a similar style to the later 'Sports Pack' Mini range. Thirteen inch wheels can be fitted with no modifications. All Domino models feature distinctive side skirts, not dissimilar to those found on popular Mini body kits, although they descend no lower than the underside of the body. The design on the skirt varies depending on the model of Domino. The sills on all models are higher than those found on a steel shell, giving the fiberglass body extra strength, though having the adverse effect of making exit and entry into the vehicle slightly more awkward. Finally, the rear lights (on models which allow the fitting of regular Mini clusters) are often positioned higher than usually found on a Mini. As of the 2007 merger with IAD, these were the latest model line-up:
The Mini Minus was developed in 1988, and had an open top, with a fabric hood. Single skin doors were available at extra cost and where fitted, usually require external hinges with the Pimlico Premier featuring lowered doorsills which enabled double skinned, internally hinged doors to be fitted. It also allows a regular Mini bootlid to be used. Another variant, the Minus Plus was identical other than being six inches longer.
The Mini Moke is a small, front-wheel-drive utility and recreational convertible, manufactured and marketed originally by British Motor Corporation (BMC), and subsequently marketed under the Austin, Morris and British Leyland brands.
Designed by Sir Alec Issigonis and John Sheppard, the Mini Moke is noted for its simple, straightforward, doorless design, and its adaptability. Originally prototyped as a lightweight military vehicle using the engine, transmission and suspension parts from the Mini van, the design's small wheels and low ground clearance made it unsuitable as an off-road military vehicle. The design was subsequently offered in civilian form as a low-cost, easily maintained vehicle, achieving global popularity as a lightweight, recreational and utility vehicle.
The first Mokes were manufactured at BMC's Longbridge, Birmingham plant, with 14,518 produced in the UK between 1964 and 1968. 26,000 were manufactured in Australia between 1966 and 1981, and 10,000 in Portugal between 1980 and 1993 when production was halted, before Domino Cars started a new variant. Moke international production was restarted in the new Millennium with a larger body and chassis.
The Dolphin resembled more the traditional Mini, with its full roof. Wheel arches were slightly wider, and the car used original Mini steel door inner skins, shortened by around five centimetres and bonded to a fibreglass outer skin. The two variants were the standard Hardtop and the more exotic Gullwing. New parts and bodies are still being produced for the classic Mini by British Motor Heritage.

The designs for the Apollo and the Dolphin were restyled for the ‘New Millennium’ to keep up with changing tastes and fashions:
TransBus International
Meanwhile, Henlys acquired a 49 per cent. share in Prévost, a leading North American manufacturer of coaches and bus shells in 1995. The other 51 per cent of Prévost was owned by Volvo.

​Car dealerships produced less than one fifth of Henlys' 1996 profits. The motor division, there were 32 dealerships covering most major manufacturers, was sold in August 1997 to HMG, formed for the purpose by venture capitalist Legal and General Ventures. The motor division merged with Hancock Motors of Sevenoaks but HMG Holdings entered administration in February 2001. At that time HMG operated 38 sites represented 12 manufacturers and employed 1,800 to 2,000 people. Most of Henlys' substantial net cash surplus went to pay for Canada's Nova Bus Corporation. The Nova Bus deal was reported just before Christmas 1997. In February 1998, Prévost acquired Nova Bus, a city bus manufacturer for the Canadian and US market.

In July 1998 Henlys made an agreed (with Dennis) bid of £190 million for bus and utility vehicle maker Dennis. A hostile bidding war ensued with engineering group Mayflower, owners of Scottish bus builder Walter Alexander. Volvo lent its support to the Henlys bid, which was raised to £247 million, but the Dennis board ultimately accepted Mayflower's £268.9 million offer.

The next year Henlys announced they were planning to spend up to £100 million on acquisitions, the money intended to be spent on the acquisition of Dennis, in order to expand its bus building activities in the US. After discussions with several companies, Henlys purchased Blue Bird, the US school bus manufacturer, for £267 million. This prompted speculation that Volvo might bid for Henlys. Henlys raised £111 million in a rights issue in order to fund the acquisition. 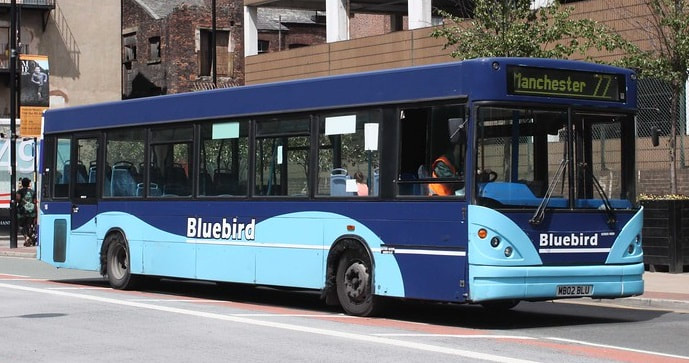 Henlys hoped to preserve their North American operations which had strong order books. However, servicing debt had placed too heavy a burden on those businesses. The North American operations were restructured, including closure of the Nova Bus factory in Roswell, New Mexico. In October 2004 the Blue Bird operations were restructured with Volvo and creditor banks taking over the Henlys share. Volvo also took over the Prevost and Nova Bus operations. In 2005 the remainder of Henlys Group was purchased and merged with International Automotive Design (IAD), which in turn merged with Brabazon Motors – the current owners.
LINKS: